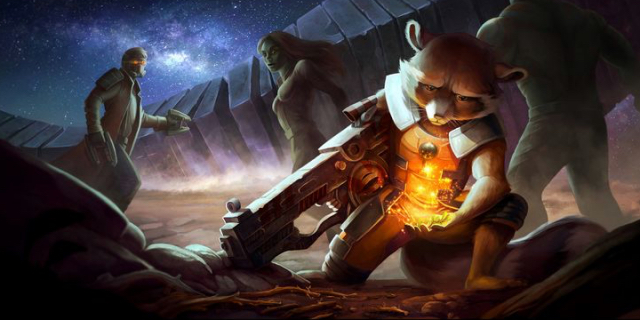 This past week at the Saturn Awards, Collider had a chance to speak with filmmaker James Gunn who is currently working on production for the sequel to Guardians of the Galaxy. When asked about the film, Gunn explained that he thinks that the overall tone will differ, saying, “I think it’s a more emotional movie. It’s both a bigger movie and a smaller movie because we focus more intensely on some of the characters. We get to learn a lot about fathers in the second movie.”

He also led on that there will be some hints to unanswered lineage questions about some Marvel characters, and that Peter Quill’s (Star-Lord) parentage will likely be a strong focus of the sequel. It makes sense then that the, “soundtrack will once again play an important part” in the film given the tonal shift. At the time of the interview, Gunn had not yet listened to “Awesome Mix Vol. 2”, but noted that it would once again support the character action in the film. Guardians 2 hits theaters in 2017.