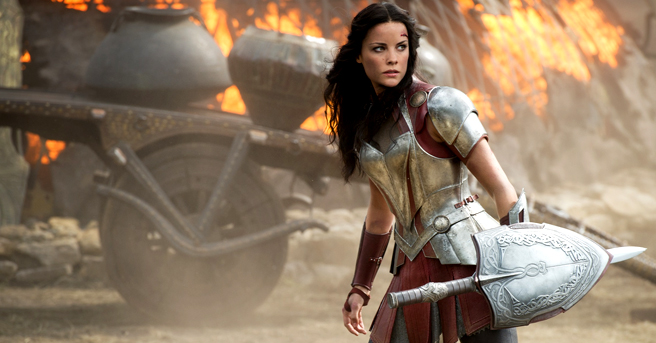 Despite the fact that Thor: Ragnarok is still two years away from its release, actress Jaime Alexander is already teasing details about the film which will be hinted at in upcoming Marvel productions, namely Captain America: Civil War. Speaking to the Los Angeles Times, Alexander revealed that although Thor himself is not in Civil War, the film has, “a lot of great stuff peppered in” that prepare fans for the events in Ragnarok, which will in turn do a lot of the setup for The Avengers: Infinity War saga.” The actress explained that, “if you’re really paying attention…they’re so good at interweaving everything throughout those films.”

According to the report, it’s possible that fans have already seen some of these setups in The Avengers films, which will continue into Civil War and other unspecified Marvel films. When asked specifically about the events in Ragnarok, Alexander hesitated, but revealed, “I do know I will be in Thor 3 and that Sig will have a very pivotal part in that movie. I just can’t tell you what because I’ll get shot.” More details to come when Civil War hits theaters in 2016.