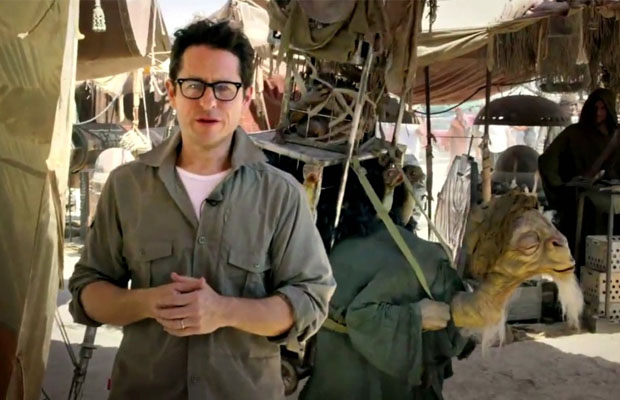 The most anticipated movie of the year is not a movie that will be released during the summer. Star Wars Episode VII: The Force Awakens is scheduled for release in December. J.J. Abrams has a daunting task of reviving the legendary franchise with this film, that will take place three decades after the events of Return of the Jedi, which will bring back familiar characters such as Luke Skywalker, Princess Leia and Han Solo and introduce new characters. Star Wars Episode VIII, will see a change at director with Rian Johnson replacing Abrams and Johnson is speculated to be providing a treatment for Episode IX, but it is unclear who will direct that installment. According to rumors, Disney believes that Abrams’ work with The Force Awakens could make him the favorite to direct Star Wars Episode IX.

We can only report it as a rumor this far out, but those at Disney who have seen footage from The Force Awakens are very happy with what Abrams has delivered. J.J. himself has been vocal about how crazy the process has been, but has given equal time to his love of the series. There are enough conversations about J.J. Abrams returning to direct Episode IX that we’ve been able to independently verify it four times that his name is the front-runner for the last trilogy installment and the movie isn’t due until 2019, but maybe the Disney process doesn’t clash with the Mystery Box Maker as much as we originally thought.

From what is understood, Disney has two well-qualified directors capable of closing out this trilogy. Abrams has impressed the producers with what he has done with The Force Awakens, yet Johnson has a jump-start on the final installment with this potential treatment that could possibly open up a route to the director’s chair. There is a chance that a surprise candidate could land the job from both filmmakers but in the end it’s the studio’s call.