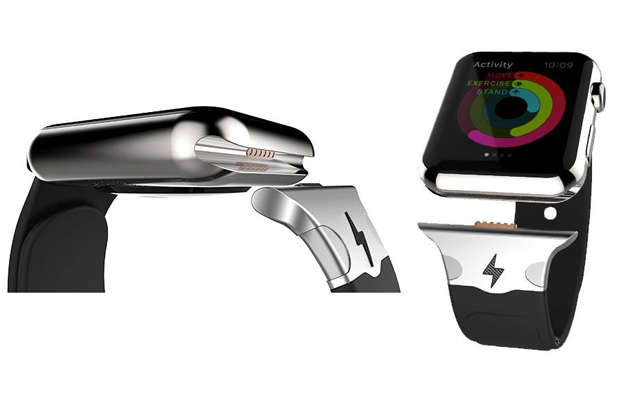 Have you taken the time to look at your Apple Watch in detail? Look closer. You just might discover a hidden feature…that being a secret charging port. Accessories maker Reserve Strap stumbled upon the discovery as it plans on launching its own band capable of powering the smartwatch, though the company posted a message “updating its intentions” after finding the hidden port:

Mashable confirmed its existence, stating it has a “tiny, circular indention that could be used in conjunction with a tool to open the port.” This should spark a new movement of chargeable wrist straps for the Apple Watch.