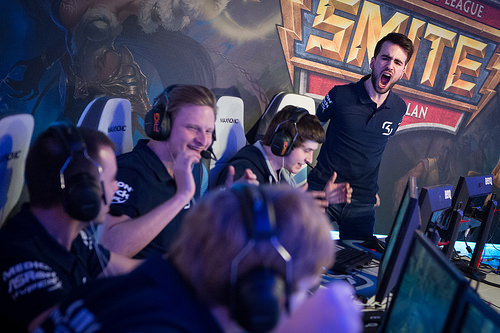 Hi-Rez Studios is wasting no time announcing another wave of tournaments. The Smite World Championships had an outstanding prize pool of $2.6 million. While fans voiced their opinions on how they couldn’t wait for the next tournament season, and who could blame them, the Champions was one of the most hyped eSports tournaments you ever seen!

Knowing that, the company have given fans what they asked for–Season 2 is ready to kickoff and set to feature teams fight in 3 different seasons which include Spring, Summer and Fall. After each season the company will hold LAN tournaments which will feature top regional teams.

Now all teams excluding those who qualified for the Smite World Championships must participate in the Spring Split Qualifiers in order for them to start the process leading up to the world champions. Top team that make into the qualifiers will move on into the Spring Split. Now for the remaining teams they must make their way through the Challenger Cup for the team to be able to take their chance at the Summer Split.

Monday, February 9, we open signups to be soft seeded.

Teams from Worlds will automatically qualify for the league and will not be eligible to play in the qualifiers.

Top 8 teams will be identified by a committee and announced on a live show on Friday, February 13.

Top 8 teams will get soft seeded into the bracket.

Open to all teams (but worlds teams) with 8 teams soft seeded.

Team with points from Week 1 are soft seeded.

Open to all teams but Worlds teams.

Top 8 teams with points after Week 2 advance to Week 3.

Teams will be split into 2 groups of 4 teams in a round robin format.

Each team plays each other once in their group in Best of 1 series.

Top 2 from each group advance to the league.

Top 6 teams (2 from Worlds and 4 from Qualifiers) play.

Each team plays each other once in Best of 3 series.

Top 2 per region advance to the Multi-region LAN.

A Challenger Cup, similar to last years, will be played simultaneously to the Pro League for all the teams that did not make it into the Spring Split Pro League. This will be weekly, single elimination tournaments where teams earn points. At the end of the Challenger Cup, the top teams with the most points will have the chance to play the bottom teams from the Pro League in order to try to gain a spot into the Summer Split.

This is a LAN event where the top 2 North American teams and the top 2 European teams from the Spring Split will play in a competition for not just a big chunk of money. The top team from this event will also win a trip to Brazil to compete against the top teams from Latin America and Brazil at XMA – X5 Mega Arena. Exact structure, location or details of the sort will be determined later.

But before we get into all this exciting action, we’ll be holding a tournament this weekend, February 7 and 8, which includes some of the top teams in SMITE. This will be the first time we’ll see these teams play in a competitive event on the new map and with the new items. And to make it even sweeter, the viewers get to choose what matchup’s we’ll be broadcasting all weekend