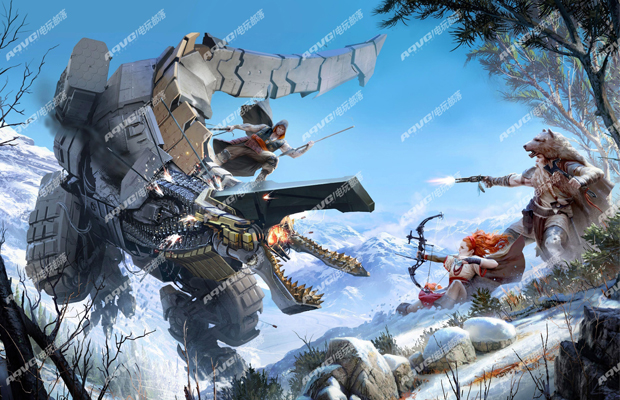 The newest game by developer Guerilla Games has suffered its first series of leaks, which transpired during this past week online. On a Chinese forum, heavily watermarked images have surfaced that show the existence of robotic dinosaurs in different types of areas that could in fact be related to this new project supposed nicknamed ‘Horizon’.

What makes these pictures seem a bit more legitimate is the fact that earlier in May a person by the name of Shinobi602 had claimed that the game would include robotic dinosaurs and a red haired female protagonist.

However this is by no means verification, as some people could have taken this information and made an image to match it as a way to fool others on message boards. All we can do now is hope this information is correct and hopefully see something spectacular from them, especially considering an acquisition of one of Fallout: New Vegas developers who excels at making open world environments.