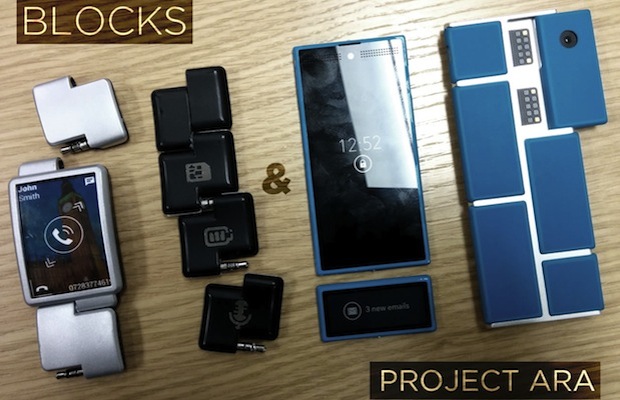 Two modular device companies might join forces, according to Hakeem Javaid, Director of Blocks. Project Ara, which stemmed originally from the PhoneBloks concept, has taken interest in Blocks, a prototype that uses modular hardware to create a customizable wearable.

In a blog post, Javid writes about a meeting with the Blocks team and members of Project Ara. He welcomes a collaboration between the two, explaining that the devices coincide nicely:

“What really got me was Paul’s interest at possible cross-compatibility of modules between their modular phone and our modular watch! This is definitely something we’re going to be looking into…these two devices would make a perfect match. As soon as Anil passed me the Ara prototype, I just had to take a photo of it alongside the BLOCKS prototype!”

Those following Project Ara’s progress know that this concept is well on its way to becoming a reality. Some even believe that modular technology is the near future of all mobile devices. The joining of Project Ara and Blocks could be the beginning of the next tech empire.