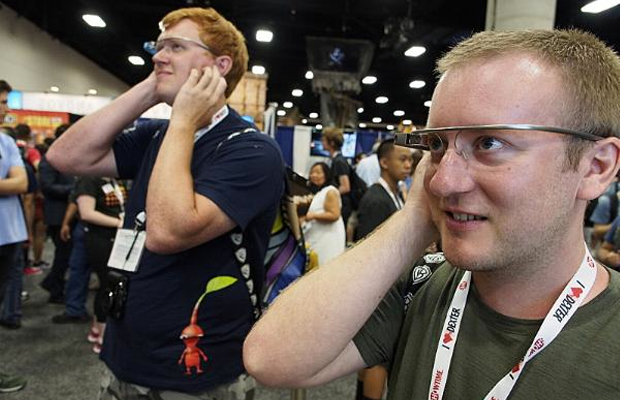 While Google Glass is available to the public at the moment, many outlets and venues have enforced bans on the smartglasses due to its ability to secretly record footage at will. San Diego Comic-Con is pulling the same move and prohibiting anyone wearing the contraption from attending movie and TV panels. Here are Comic-Con’s policies regarding all video-recording devices:

Remember recording of footage on the screens during panels is prohibited (see below: No Video or Audio Recording of Movie and TV Panels). This includes Google Glasses. You cannot wear Google Glasses during footage viewing in any program room. If your Google Glasses are prescription, please bring a different pair of glasses to use during these times.

Also, please turn off your device’s (phones, tablets, etc.) screens and put them away during the screening of panel footage. Not doing so interferes with everyone’s viewing quality and causes security to think you’re recording the clip.

This shouldn’t come as a surprise, considering lots of media-centric expos and venues are cracking down on the computerized hardware. Movie theaters have gone on to ban Google Glass, so it only makes sense for the biggest geek convention to do so as well, as the studios aren’t trying to have any of its exclusive content leak onto the Net.