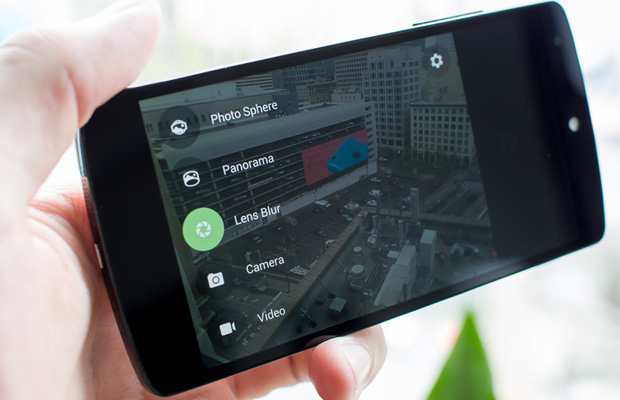 It’s been rumored for the past few weeks, and now, Google’s official Camera App is officially available on Google Play. Similar to the app featured on Android 4.4 KitKat, the software introduces a number of tweaks: including a cleaner interface with prominent shutter button and brand-new Lens Blue mode that’s billed to capture “SLR-like photos” and offer a shallow depth of field.

“Lens Blur replaces the need for a large optical system with computer vision algorithms and optimization techniques that are run entirely on the mobile device, simulating a larger lens and aperture in order to creating a 3D model of the world,” says Google.

Google Camera also features signature Mountain View features such as Photo Sphere and increases the viewfinder back to 100 percent. These are all options recently utilized on the Moto X, which require users to swipe in from the left to switch between the app’s different modes.

Unfortunately, Google’s made some compromises, as the app omits certain expert settings previously found on the stock Android camera such as white balance. But that’s far from a deal-breaker here.

Google Camera is available on all Android KitKat devices and can be downloaded here.