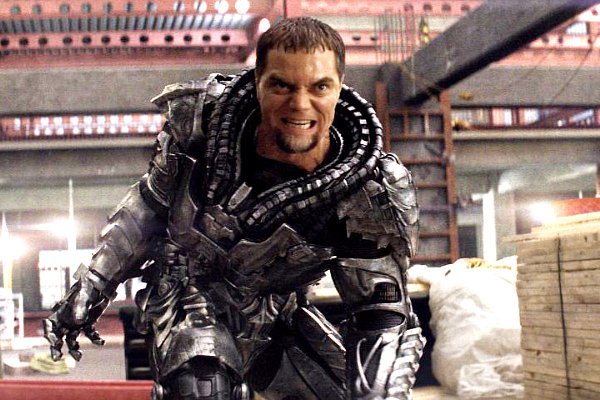 This may contain spoilers for all the fans waiting for more detail on the upcoming Dawn of Justice film. Although General Zodd (Michael Shannon) was defeated by Superman at the end of Man of Steel, he could possibly have a role in Batman v. Superman: Dawn of Justice. JoBlo.com reports Michael Shannon describing being stuck in costume in a porta-potty.

“I was in my costume, and I couldn’t use my fingers because in the sequel I have flippers instead of hands, so I had these wax flippers on my fingers, and I couldn’t open the door, and I could hear Zack [Snyder, the director] being like, ‘Where’s Shannon? Where the f–k is he?’ and the whole crew was standing around. I was like, knocking on the door with my flippers, ‘Let me out of here!’”

Shannon was freed from his porta-potty but that doesn’t really explain why he is wearing flippers. There a theories- maybe he was taken by Lex Luthor and is now the product of an experiment. However, he could just be yanking our chains, because he claimed he had no idea he was in the trailer. You can confirmed the flippers March 25, 2016.