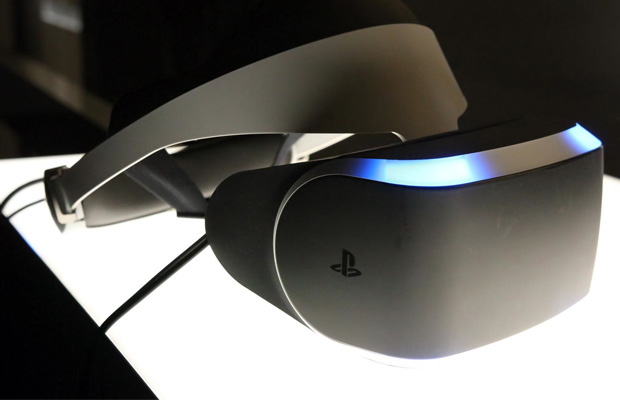 For months, we’ve heard rumblings of Sony getting into the virtual reality game and producing its own VR gaming headset. Now the electronics giant has officially unveiled the prototype to its peripheral dubbed “Project Morpheus” at this year’s Game Developers Conference. President of Sony Worldwide Studios, Shuhei Yoshida, showed off the device to all media in attendance at the company’s Driving the Future of Innovation event, sharing some insight on the headset as Sony continues its development phase:

“Nothing delivers a feeling of immersion better than VR. VR has been a dream of many gamers since the computer was invented. Many of us at PlayStation have dreamed of VR and what it could mean to the gaming community.”

Set to be compatible with the PlayStation 4, Yoshida went on to say Project Morpheus is the “culmination of our work over the last three years to realize our vision of VR for games, and to push the boundaries of play.” The headset will feature a 1080p display, support 90-degree field of view, and integrate with the PlayStation Camera for motion tracking and PlayStation Move via motion control. Users will be able to connect it through HDMI or USB cable, though Sony has aspirations of possibly making it wireless. As far as design, the company mentions the headset won’t put weight on the nose or check and allows for airflow without fogging up the lenses.

“The thing that makes VR special is really the feeling of being in another place… there’s no way to explain it to you that will make sense, but it’s that feeling of presence. VR is going to be pervasive, and what I mean by that is it’s going to be used for all sorts of things you might not think it would be used for.” As one example, Marks says he’s been working on a project with NASA and its Jet Propulsion Lab that will allow PS4 owners to feel like they’re right with the space agency on Mars.”

In addition, Marks went on to target six areas where he believes Sony must crack in order to make virtual reality work: content, control, ease of use, sight, sound, and tracking. He also mentioned a list of software partners already onboard that consists of Epic Games, Crytek, Autodesk, Unit, and several others. Sony plans on showing demos of EVE Valkyrie, Thief and other titles running on Project Morpheus during its time at GDC. Sounds like a game-changer.