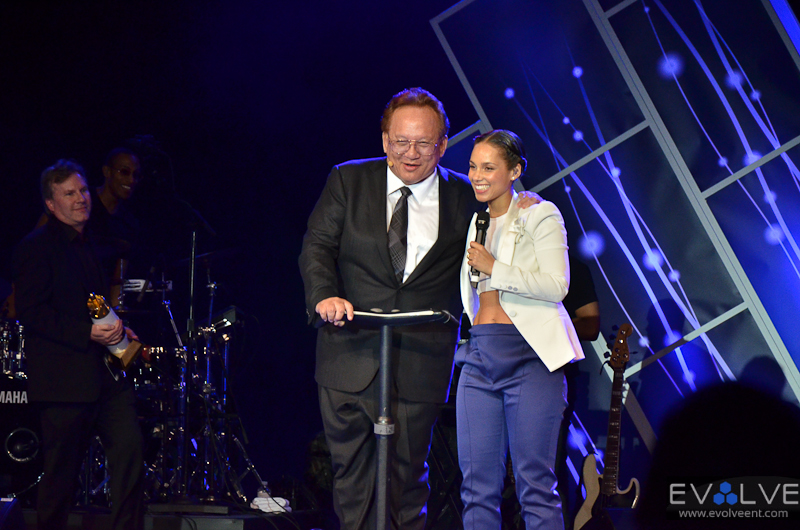 Alicia Keys must be the hardest working singer in the show business. Not only did she commit to performing at the 39th Annual People’s Choice Awards, but she played brand ambassador for Monster during CES 2013: putting on an exclusive show to private members of the media and other special guests in Las Vegas. Running through her classics, that girl showed why she doesn’t miss a heart beat when the mic is in her hand. The Head Monster, Noel Lee, also blessed the stage to thank the vocalist for putting on a tremendous show. And in scoring access to the private event (thanks a mill Monster), along with front row seating, we photographed Mrs. Beats best moments during her performance. So allow us to give you an exclusive glimpse of the Alice Keys CES 2013 concert in Sin City.