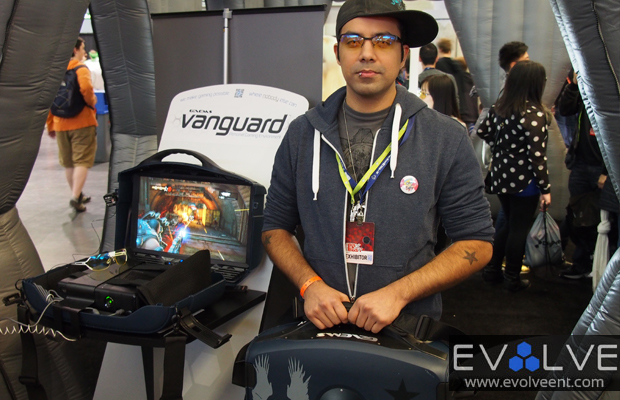 Tournament competitors and diehard gamers have long searched for a contraption that would allow them to game on the go with their Xbox 360. All prayers have been answered in the form of the Gaems Vanguard Personal Gaming Environment. The device not only serves as a hub that stores and plays your console, but boasts two huge hi-tech features that any true video gamer could appreciate: a 19-inch LED HD panel and Harman Kardon built-in speakers. Amazed by the internals and build quality, we stopped by Gaems booth at Pax East 2013 to get more info on the product. Company rep and pro gamer extraordinaire Robert Pax AKA Prod1gy X gives EvolveTV the full breakdown behind the Gaems Vanguard.