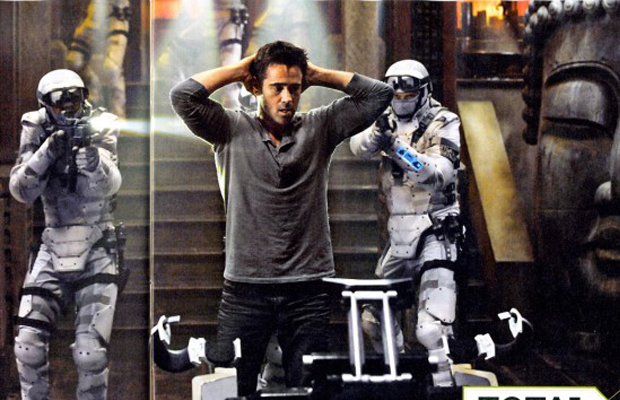 Looks like Total Recall will be making it’s way back to the big screen, this time staring Colin Farrell as the lead character, Doug Quaid—a factory worker who learns he is a secret spy, or at least believes he is.

Photos of the film released recently, courtesy of EW show the Irish actor surrounded by white-suited troopers at gunpoint. The image is followed by Farell‘s interview with the publication, claiming the script carries far less Schawarzenegger one-liners than the original. One would only hope so.

No word yet on what whether or not the movie will be including three-breasted women or a whacked out Johnny-Cab driver, but keep your fingers crossed.