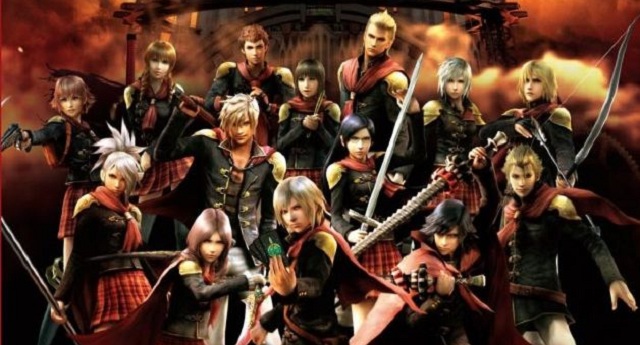 It seems as though Square Enix is just showering the PC fans of Final Fantasy with some very amazing gifts in the form of a PC release for their latest title Final Fantasy Type-0 which is set to release on Steam in August of this year. However this is not just a simple PC port no, Square Enix seems to have added in a few attractive new factors to make buying the PC version more favorable, such features are Steam Achievements, Trading Cards, a new dynamic battle camera, blur mode settings, and even customizable dynamic screen shot modes.

Hajime Tabata one of the developers of Type-0 had a few things to say about this release “Developing Final Fantasy Type-0 HD for Steam gave us the opportunity to fully realize our original vision of the game in an enhanced and refined experience exclusively for PC players.” Much like other game releases Type-0 will also have some pre-order goodies for players such as a moogle ward in DOTA 2, a Type-0 based loading screen only available with the pre-order, and a few more enticing bits of game data. Final Fantasy Type-0 is set to be released on steam on August 18th of this year so fans might wanna start saving up now for this amazing pre-order.