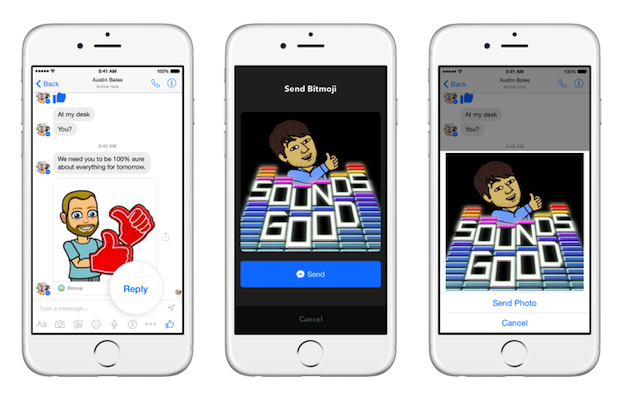 At its F8 Developer Conference this Wednesday, Facebook announced its new messenger platform. In short, the social media giant has opened up its messaging service to app developers. In this way, users can access integrated apps right through Facebook Messenger itself.

Some big app brands have already signed up with the platform: ESPN, Imgur, The Weather Channel, and Giphy are just some of the names you’ll see in your new messenger arsenal. These apps will work to enrich your messaging experience, offering tools to do more than just chat. CEO Mark Zuckerberg explains that, “It’s a new platform that developers can use to build apps that help people connect.”

This news comes in the wake of last week’s big messenger update: Facebook introduced a payment service that allows users to send money through its messenger. It’s growing apparent that Facebook Messenger is no longer simply an instant messaging program. Rather, it’s on its way to becoming a holistic user experience.