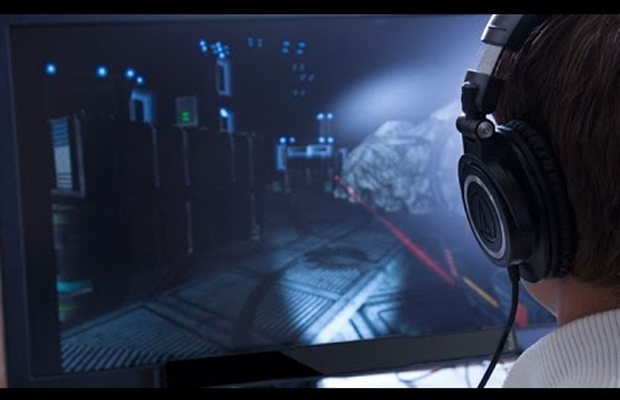 3D and motion-sensor peripherals seem to be next wave of the future on the gaming front. The Microsoft Kinect and Oculus Rift scream in loud volume. And with CES 2014 underway, Tobii Technologies and SteelSeries hope to capitalize on the craze by welcoming its new eye-tracking hardware, which allows players to implement eye movements during a game.

The Tobii EyeX has already been demoed on certain titles such as Starcraft and Skyrim (watch video below), making the technology accessible for simple commands like shortcuts, though the developers look to integrate some other nifty features into the hardware. Another insane feature mentioned is its head-tracking capabilities, which could potentially lead to other dope physical commands such as head nods. Aspiring developers who feel they can get the best out of the Tobii EyeX can pick up a developer kit for $200, while the rest of us wait it out till this March.