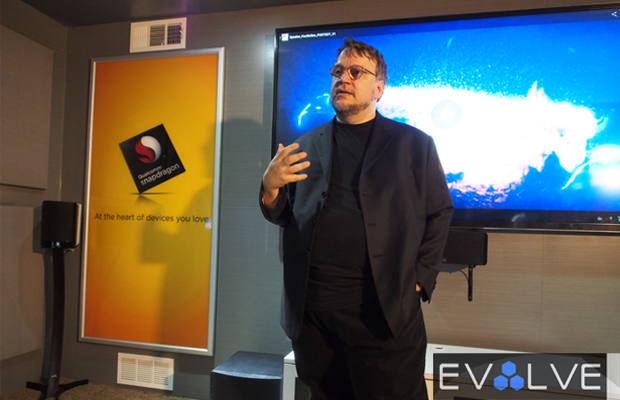 Not many people (or publications) can say they participated in a one-time-only Q&A session at E3 with the great Guillermo del Toro. No, wait, we can. But that’s beside the point. Fact is sci-fi’s hottest director has a huge blockbuster on the horizon with the action monster film Pacific Rim, which he’s been going hard on the promotional trail for over the past several weeks. And really, what better place to present an exclusive preview than at the world’s biggest gaming expo and most popular booth outside of the Los Angeles Convention Center: the Qualcomm Snapdragon theater.

Amongst a handful of media members, Guillermo touched on a variety of topics regarding his upcoming film such as the intrinsic development process, while sharing his passion for the video game industry and why big-screen adaptations of games never satisfy viewers. He makes incredible points here. Though we’re still tripping off his gaming roots. Dude was able to drop Shadow of the Colossus into the conversation. It doesn’t get any more hardcore for a man of his Hollywood stature. Oh yea, did we mention he also dicusses the numerous Halo films scripts that never came to fruition? Ahh, knew that would catch your attention. Listen to Guillermo work the crowd during the Pacific Rim presser at E3 2013.