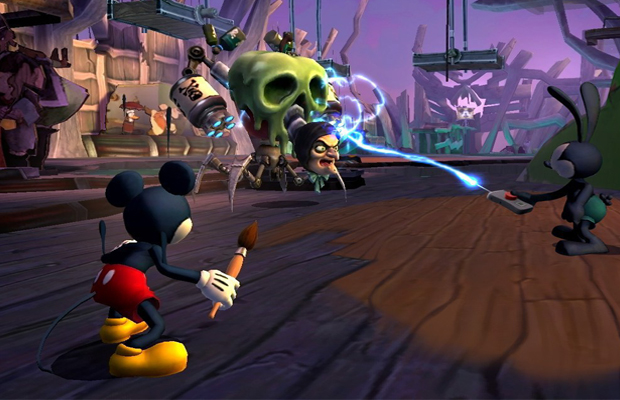 Epic Mickey caught gamers off guard when it hit retailers back in 2010. After receiving high remarks during its E3 showcase, the hype was nearly too much for the platform adventure to live up to. But with 2 million copies sold in the US alone, Disney Interactive decided to pull out its paintbrush and model two Mickey sequels: The Power of Two and Power of Illusion. While the latter will be a 3DS-only game, the former is set to launch on multiple platforms including the Wii, Xbox 360, and PS3. Now featuring a co-op mode and advanced motion-control gestures, Epic Mickey 2 should become the work of art many had once projected the original title to be. We managed to get an exclusive preview of the sequel with Studio Director, Paul Weaver, giving us the deets on Mickey and Oswald’s latest adventure. Take a look.