Evolve: Hunters Quest will be Releasing on Mobile Devices 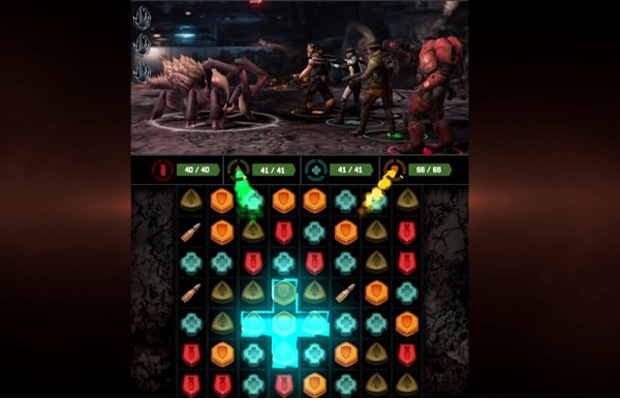 Developed by 2K Studios, Evolve: Hunters Quest is a companion app designed to work with the 4 versus 1 shooter game Evolve. The app is a simple puzzle combat game where the player is in control of another set of hunters scouring the planet of Shear in hopes of finding more life forms and plant life, while still fighting off the various monsters that exist already. The game is played by matching three tokens of the same color together to deal damage to the monsters and fill up energy bars for the hunter’s various special abilities.

However, what makes this app truly impressive is that if someone who has the app has also purchased the PC or console version of Evolve, they can transfer the mastery points from the app into the real game and use it on the hunters there, as well as re-watch their online matches in a top down perspective. The app will be released around 11PM tonight on all app markets, though will not run on older models of iPhones, androids or tablets.