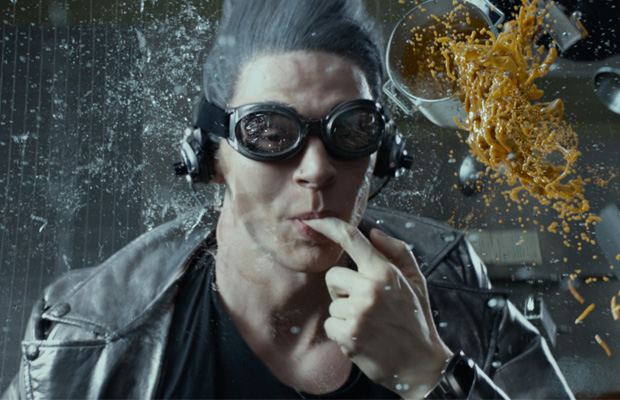 Evan Peter, known for his role of Quicksilver in last year’s X-Men: Days of Future Past, has been doing a lot of press recently for his new horror film The Lazarus Effect ,which premiered this past weekend. The actor shared with Moviefone, “I always wanted to play someone with a superpower, specifically an X-Man because I loved the movies so much as a kid…It’s a really cool superpower to have.”

Many have asked how he feels about Aaron Taylor-Johnson taking on the role of Quicksilver for the upcoming Avengers: Age of Ultron film, to which he responded with support: “I can’t wait to see that movie! I’m a big fan of those movies and a big fan of Aaron’s so I’m excited to see it!” The two actors have worked together during their roles in Kick-Ass (2010) and Peter seemed supportive of the role.

Peter shared that he is hopeful about reprising his role of Quicksilver in X-Men: Apocalypse (2016), but said that he has yet to see the script and was unsure how much he was allowed to share about the film. Critics have commented that it will be interested to compare the two performances within a year of each other. Age of Ultron will be in theaters May 1, 2015.