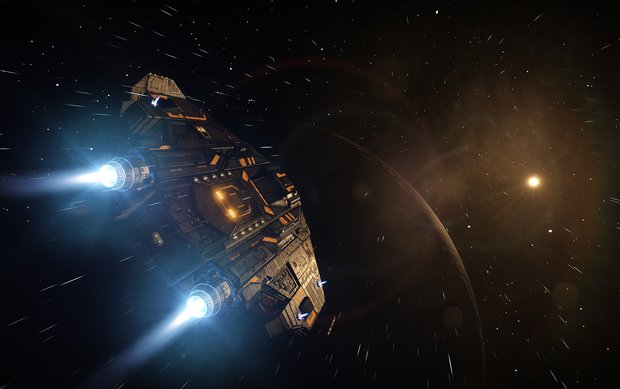 Elite Dangerous was a massive surprise for Xbox One fans. The demo, currently playable on the Xbox One, has been one of the most well liked games for about a month now. The biggest problem with it, is its ambiguity. What we mean is, like a lot of space sims out there or currently in development, the developers have been shy about announcing a release date for fear of competition. Well, not any longer for Elite Dangerous.

Elite Dangerous is getting a “timed exclusive” with the Xbox One and will fully release on October 6th. All of this information came during a Reddit AMA with developer David Braden.

Although Elite Dangerous is only available for the PC and Xbox One, Braden did confirm that it will ship to other platforms soon and that they are working on a port as we speak.

Another little bit of information given was the fact that Xbox Preview Program members, who got to play the Elite Dangerous demo, will receive extra bonuses for trying it out. Those bonuses have not been detailed yet but we can expect that to be rather interesting considering the game isn’t very generous when it comes to teaching you how to play the game or gather resources.

Be sure to check out the demo if you haven’t already and get ready for some more beautiful space sim on October 6th!