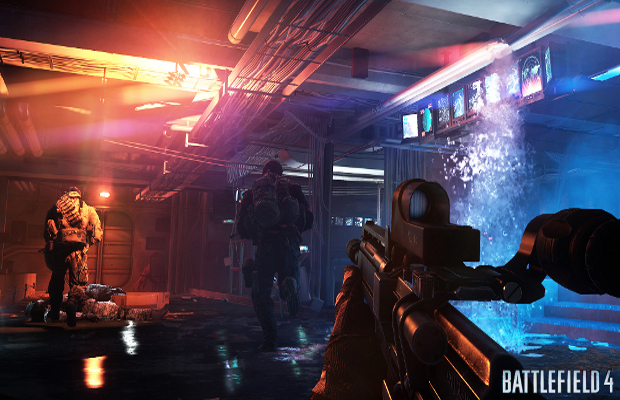 E3 has finally commenced and so has the trailer blitz. During EA’s press conference, the company gave us a glimpse at the Frostbite 3-powered Battlefield 4, presenting its Angry Seas trailer to the viewing public. In short, the gameplay footage demonstrates a squad of solidering hijacking a sinking aircraft carrier. Pretty intense stuff up ahead.

In addition, the company also confirmed the first batch of DLC will be provided exclusively on the Xbox One. Word is Xbox gamers will receive the update weeks ahead of the PS4, PS3, Xbox 360, and PC. Wonder what Sony has to say about that. Watch the trailer below.