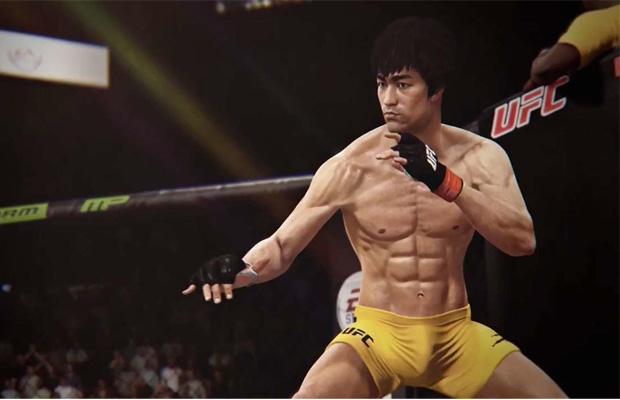 In the spirit of the Holidays, EA Sports is giving away what was once exclusive pre-order DLC content to any and all people who bought their latest UFC fighting game known as EA Sports UFC. Earlier this year, if fans pre-ordered the game they received a very special DLC character, that being the legendary martial artist Bruce Lee as a useable character. This on its own was a stroke of brilliance by EA, but they decided it wasn’t fair to just let those who pre-ordered the game to get the man known as ‘The Dragon’ so as a special holiday event they are giving him away as a free DLC, no matter when players bought the game.

The best part of all is that they are releasing this content not only to the US, but to the whole world and in all weight classes so these way players have a choice as to how they want to play Bruce Lee in the game. The download for US starts today and runs until the 5th of January, while the rest of the world will be able to start downloading it tomorrow. EA Sports UFC is available now on PS3 and Xbox 360.