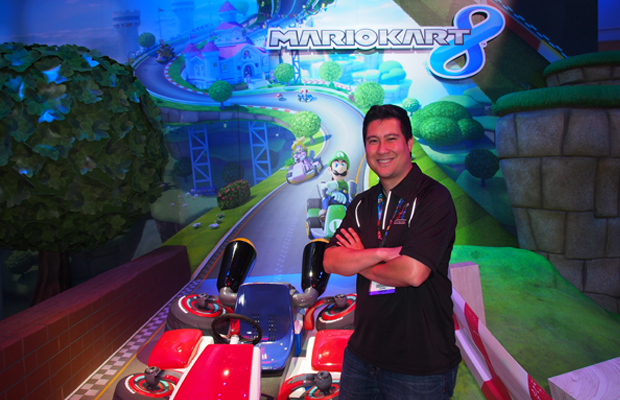 A new Mario Kart game has been teased for quite some time on the Wii U. Nintendo killed the rumors and confirmed its next-gen racer, Mario Kart 8, for its home console at E3 2013. This time around, the game has a new anti-gravity feature that allows players to race upside down and on walls with ease. Mario Kart TV will also let you show off with friends through the Miiverse. In terms of the new racers to join the circuit, we can expect Waluigi and Toadette from the Mushroom Kingdom. Mario Kart will be presented in HD at 60 fps, which should really showcase the Wii U’s visual presence. Passing through the Nintendo E3 booth, we ran into one of the company’s coolest reps, Gil Ruta, who put us onto the game. EvolveTV got the scoop.