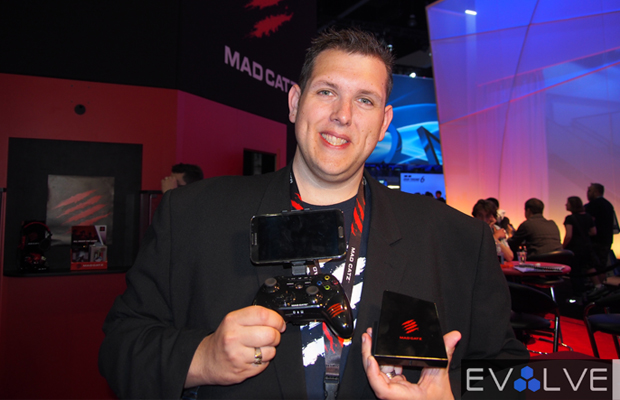 Here we thought Mad Catz’s spoiled us silly when showcasing its soon-to-be-released Arcade Stick Tournament Edition 2 model. Seems like crumbs in comparison to what the company refers to as its key announcement for E3 2013. Those familiar with MC’s Game Smart initiative could have seen this coming. But for those out of the loop, let’s get you to speed on the recently unveiled Mad Catz Mojo—the highest specification Android-powered console that holds no restrictions.

According to Mad Catz, all games that have been downloaded onto your Google Play account will be playable and transferrable to the palm-sized device. The Mojo will also be available subscription fee-free and offered in an optional bundle consisting of the company’s new Bluetooth classic/smart-enabled Control R gamepad, which allows gamers to attach their Android mobile and play. Think the Moga gamepad, but more advanced and hotter. Watch Alex Verry provide us a breakdown on both devices.