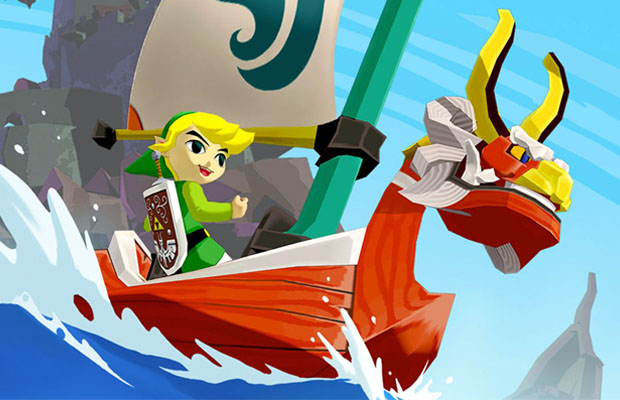 So Nintendo didn’t announce a brand new Zelda adventure for the Wii U at this year’s E3. It’s a little heartbreaking, but those emotions turned bittersweet when catching a demo version of the Legend of Zelda: Wind Waker HD in action. One of the most beloved, but mostly under-appreciated, games in the franchise is being ported over from the Gamecube to the Wii U and getting the high-def treatment.

Playable in 1080p, visuals look stunning and bring out the detailing of the cell-shaded universe Link is encapsulated in. The gamepad will support in-game features, keeping track of your inventory and making maps viewable without pausing the game. Remember how slow it was for Link to travel? Not anymore now, as sailing the open sea is 50 percent faster.

To tell us more on the title, we snagged our favorite Nintendo rep, Gil Ruta, to touch on the upcoming Zelda title. Swing into EvolveTV for the deets.