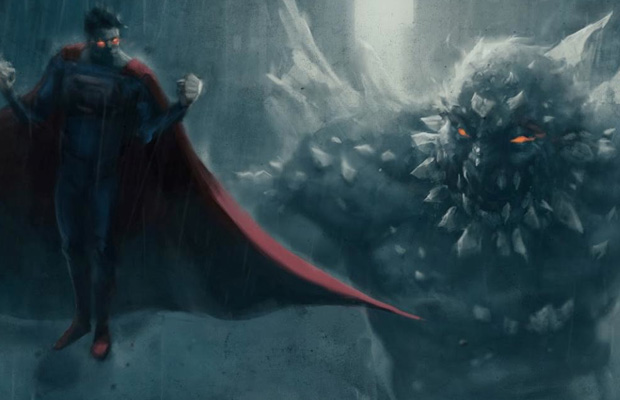 There have been rumors circulating for months about whether or not the villain Doomsday will be featured in the upcoming film Batman v. Superman: Dawn of Injustice, but now the rumors have been put to rest and confirmed. The Shanilan on Batman podcast recently released an interview with El Mayimbe, also known as Umberto Gonzalaz, or “super-scooper” who confirmed that, “we will be seeing Doomsday” on screen. Gonzalez continued, explaining that Doomsday will, “serve essentially as the muscle to [Lex] Luthor’s more cerebral villain,” and likened his presence to that of Darth Vader in Star Wars as the brawn in the film’.

According to the interview, Doomsday appears, “quite faithful to the comic,” and, “looks incredible.” Gonzalez also revealed that the trailer phrase, “Do you bleed? You will,” spoken by Batman to Superman comes from a dream sequence within the film, but it is unclear whose dream it is at this time. Fans can look forward to seeing the “top-killing machine” of Doomsday when the film premieres in theaters on March 25th, 2016.