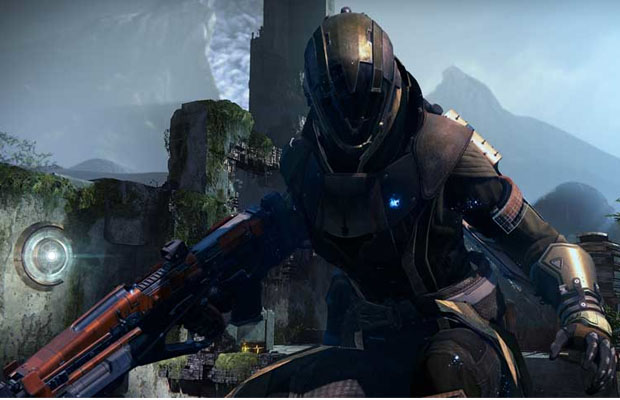 Activision’s latest shooter remains the hottest video game property at the moment with the sales to back it up. And though gamers have experienced numerous gameplay issues with Destiny, Bungie has been patching up over the past several days. One diehard player has allegedly discovered upcoming content for the game through the latest bug, which indicates new Story Missions, Strikes, Crucible modes, and even Raids—all likely being saved for upcoming DLC.

Strike [Level 10] – The Jovian Complex: A new Hive brood gathers it’s strength beneath the cosmodrome. Find their master and purge them all.
Story Missions – There seems to be 4 more story missions located in the North East section of the map in the Kings Watch section
Moon

Strike [Level 14] – The House of Wolves: No description
Strike [Level 26] – The Summoning Pits: Xyor, the Unwed awaits your arrival at the bottom of the Hellmouth (part of an exotic bounty not new expansion content. Thanks to /u/The7ruth)
RAID [Level 28] – Crota’s End: He waits in the dark below
Venus

Strike [Level 20] – The Hypogeum: The ressurection of the Black Garden has begun. Stop the Vex before the Garden’s heart beats again.
Reef

Skirmish [Special Event?] – Only the worthy may face the Trials of Osiris for only the worthy are strong enough to endure what is to come.
A string of victories will earn you great rewards – but lose three times and you’re out.

Not exactly the type of content you stumble upon when searching through code for a recently launched blockbuster. But hey, works for us. Two expansion packs are scheduled for launch in the near future–“House of Wolves” and “The Dark Below”–leading to speculation that we’ll see these modes present in both packages.