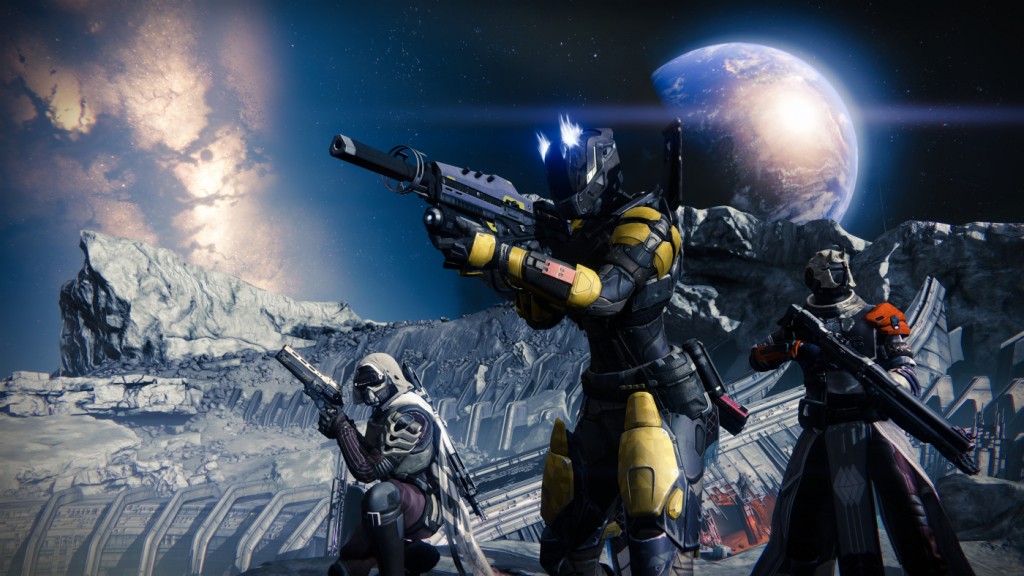 Destiny has proved to live up to their financial commitment. It has been reported that Destiny has hit the 325 million dollar mark in just 5 days. Bungie’s new shared-world epic sci fi shooter has made the Activision publishing house rather happy. These financial reports come from Activision themselves based on their, “Chart-Track, first parties, retail customer sell-through information and Activision Blizzard internal estimates.”

While this number is rather huge for their first 5 days of launch, Destiny has not yet reached the budgeted amount of money Activision put aside for the project. Earlier it was reported the company set aside $500 million dollars for the franchise as a whole. Developer Bungie must be pretty excited that the first game in its franchise has almost reached that total franchise goal.

Along with this huge financial success, it has been reported that over 100 million hours of gameplay has been recorded across platforms. Just to break that down, that is roughly 4.17 million days or 11,574 years of total gameplay. This amount of gameplay has added up to 137 million activities participated in during these first 5 days.

“Millions of gamers are having a great time playing Destiny and can’t put down their controllers, and this is just the beginning. Destiny is a platform that will grow and evolve and we will continue to work closely with our partners at Bungie to bring a long line of new experiences and content to life in the game.” -CEO of Activision publishing, Eric Hirsberg.

Despite all of the criticism surrounding Bungie’s new IP, it is clear that the game is a smashing success for the Halo creators and the CoD publishers.