Destiny The Dark Below Expansion Made Playable at PlayStation Experience 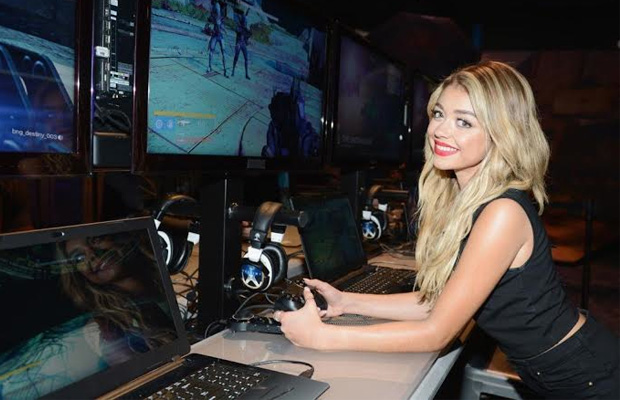 Destiny fans who made their way to the PlayStation Experience this weekend lucked out, as they managed to score an exclusive look and some hands-on time with the game’s upcoming expansion: The Dark Below. In addition, Modern Family alum Sarah Hyland, a huge first-person shooter fan also came through to test out the expansion as well. The game will be made available for players on Tuesday, December 9th.

The Dark Below will feature new weapons, armor, and awesome gear, but that’s not all fans have to look forward to. A new story mission, three new Crucible multiplayer arenas, and co-op challenges: including a new Strike and brand-new six-player Raid are something fans can look forward to playing. Here’s a more in-depth look at some of the cool new features.

Destiny Expansion I: The Dark Below features:

New weapons, armor, and gear to earn, including Legendary and Exotic items

New story quests and missions – after years hiding amongst the Hive shadows, a new character, Eris, has come forth bearing an ominous warning: The Hive seek to summon a god, Crota, to destroy the Earth. Find Eris in the Tower to take on special quests that include three new missions where you will increase your Light and earn new rewards

New cooperative Strike, The Will of Crota, pits you and your Fireteam against Omnigul as she works to expand the Hive army at the command of her master, Crota

New six-player Raid, Crota’s End, set deep within the depths of the Hellmouth

PlayStation platforms will also get access to an exclusive cooperative Strike, The Undying Mind, and more (timed exclusive until at least Fall 2015)

The Dark Below will be made available for $19.99, plus be released as part of the Destiny Expansion Pass, which includes Expansion I and II for the PS4, PS3, Xbox One, and Xbox 360. Watch The Dark Below Launch Trailer below.