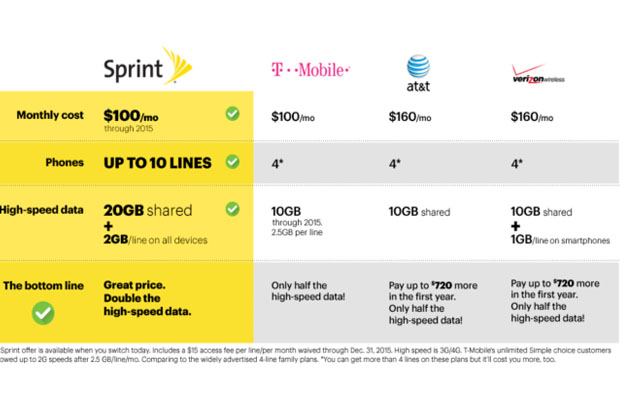 A few months after releasing its poorly recieved ‘Framily Plan,’ Sprint is at it again with a new family plan. Offering two times the data as its competitors for the same price, this plan is Sprint’s desperate attempt to stay affloat admist more popular carriers like Verizon and AT&T.

Specifics of the plan allow users to add up to ten lines with a 20GB shared data pool. A limited-time-offer, starting August 22nd, will give users an additional 2GB per device. The full capacity of this plan — ten devices with the special offer — will offer customers a total of 40GB, unmatched by competitors thus far.

It’s no secret that Sprint has been sinking for some time. Compared to competitors, the mobile provider just hasn’t matched up. Perhaps this new plan will bring Sprint back into the conversation. There’s one thing we know for sure: they won’t take ‘no’ for an answer.