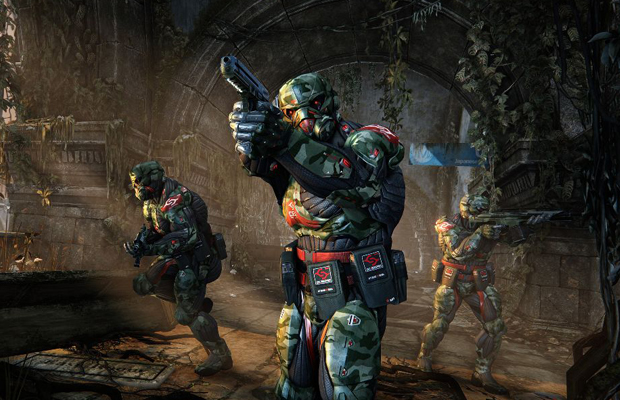 Not much has changed here. The same modes are back: Team Deathmatch, Capture the Flag, Domination, and Deathmatch. And the only thing that makes this portion of Crysis 3 more fun are the abilities that you can use via Nanosuit like super jumps, cloaking, armor upgrades, and air stomps through the many well-designed levels. So let’s talk loadouts and the leveling system, which are back in the game, and if you’re the type who wants challenges, then feel free to engage in any of these below.

Developers Choice: A custom game mode directly from the developers that becomes challenging from time to time

Deathmatch: 12 players fight to the death with the player that scores the most kills by the end of the 10-minute time limit is declared the winner

Team Deathmatch: Six-on-six action where first team to reach 100 kills, or the team that scores the most kills by the end of the 10-minute time limit, becomes the winner

Hunter Mode: A unique round-based objective deathmatch mode where 10 cell operatives fight against two hunters. Once a cell operative is killed by a hunter, they transform into the latter