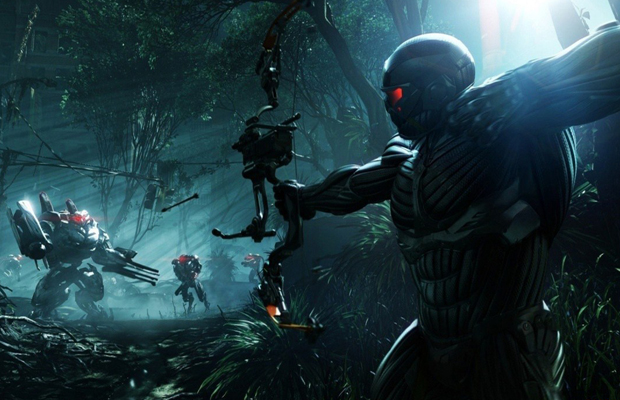 Visuals only experienced on the PC have now come to the console front, thanks to the CryENGINE3. This highly advanced system surpasses all expectations, as the third version of developer’s proprietary graphics engine is the only all-in-one game development solution for the PC, PS3, and Xbox 360. In other words, this is as close as you’ll get to next-gen ready at the moment. Beautiful lighting, amazing frame rates, and incredible physics bring superior realism to the title, but it’s the facial animation that remain surreal. Seriously, it is truly a site. 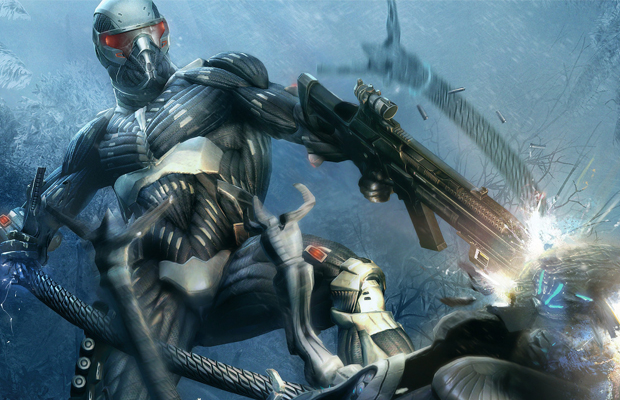 How do 33 weapons in total sound? The artillery is split into four different categories: Primary, Secondary, Explosives, and Alien.

Primary and Secondary weapons can have up to three attachments simultaneously. Nice. The add-ons can be switched at the main multiplayer menu or during a game. Now the only way you can receive these is by unlocking them, using a weapon and gaining “Weapon Levels.” These weapon levels are reached by killing a set number of enemies. Now I won’t break down every single weapon, though I will discuss the Predator Bow.

It’s practically powerful enough to take down soldiers and hunters. Using the stealthy Nanosuit with the Predator Bow makes Prophet a deadlier super soldier, as every shot with him becomes even more lethal. The great thing about the weapon is it maintains the silent stealth approach when used with the Nanosuit’s cloaking technology.