Is Crazy Taxi Coming to PS4 and Xbox One? 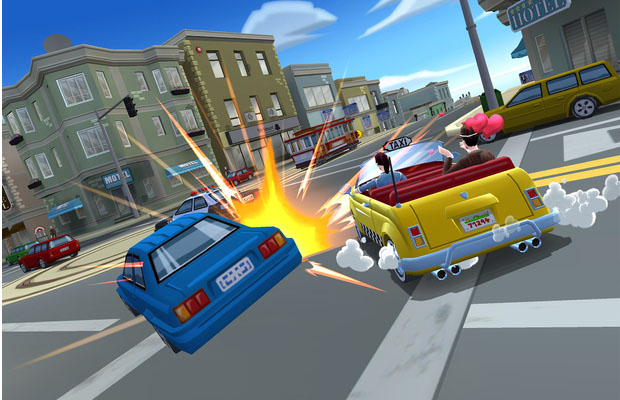 Before the release of Crazy Taxi: City Rush for iOS and Android, franchise creator Kenji Kanno admitted he wants to bring the series back to consoles, but wants it to be an evolution of the series, which is unfortunately what he’s struggled with. Kanno has gone on record stating he would embrace a next-gen push under the circumstance that he masters two specific features. What it is he wants to change about the game?

“There are two things I want to achieve but I haven’t yet. The first is time changing in the game, but it’s more than a simple day/night cycle. Passenger’s attitudes, the environments, the whole atmosphere of the game needs to change. I really want how you play the game to transition as time does. I haven’t managed to achieve that to a level I’m happy with yet, but I hope to in future. The second aspect is multiplayer. It’s figuring out the best way to do it, which again is something we haven’t done right yet. They’re the two points we’d like to achieve in future, but I haven’t reached the point where I’m satisfied. I’m open to feedback and suggestions!”

So hopefully we will see these changes made and experience a brand new console Crazy Taxi game on the PS4 and Xbox One. Only time will tell though.