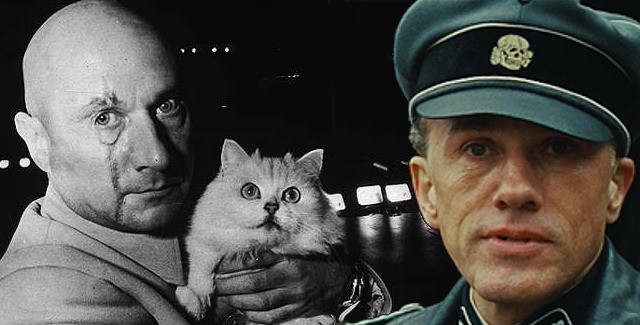 Skyfall was far and away the best James Bond movie in the Daniel Craig era. And so far, the pre-production process for the untitled sequel, for now it’s called Bond 24, is doing all the right things to be a successful follow-up. The supporting cast of Ralph Fiennes, Naomi Harris, and Ben Whishaw are slated to return, Dave Bautista and Lea Seydoux are on board in supporting roles, Sam Mendes is back as director and now Oscar-winning actor Christoph Waltz is speculated to become the villain for the highly anticipated follow-up to the James Bond saga.

Though confirmation has not been given on who Waltz might be playing in the film, there is speculation that Waltz may play the iconic Bond villain Ernst Stavro Blofeld, the sinister head of S.P.E.C.T.R.E. and featured villain from classic Bond films including You Only Live Twice and Diamonds Are Forever, but it is too early to determine what is fact or fiction at this point.

Waltz’s involvement in the new film – which has the working title ‘Bond 24’ – will be confirmed at a press conference to be held in the first week of December. Eon productions, which owns the James Bond film franchise, will announce the star is playing an unknown character called Franz Oberhauser, son of the late Hans Oberhauser, a ski instructor who acted as a father figure to Bond.But senior sources believe the casting is a double bluff worthy of 007 himself and that Waltz is actually playing Blofeld. One Hollywood source, who asked not to be named, said: ‘Christoph Waltz is playing Blofeld in the next Bond film. The tone of the 007 films has changed significantly in recent years and the producers have changed the character to fit in with the new-look 007.’

Franz Oberhauser, Blofeld, whoever Christoph Waltz is playing, there is a certainty that he will do a Bond villain role serious justice. Waltz was off-the-rails as the multi-lingual Jew hunting Nazi Colonel Hans Landa in Inglourious Basterds and imagining him against Daniel Craig’s James Bond should be a lot of fun.