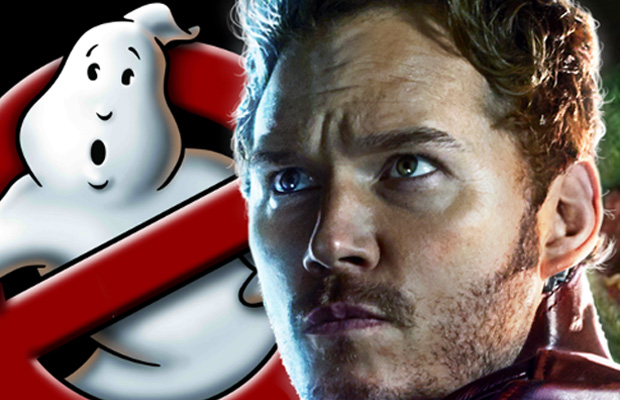 The past few months has brought about a lot of speculation about a male-lead Ghostbusters sequel. It kind of wouldn’t make any sense to reproduce a carbon copy of the upcoming femme-lead Ghostbusters 3 film. The rumors emerged with the Sony email hacks, detailing Chris Pratt and Channing Tatum as co-stars. AV Club has delivered the news, Pratt has discarded the rumor, telling GQ, the whole thing is “complete bullshit. No one has ever spoken to me about that.”

Pratt goes on to say, “Never. I’ve even seen Channing a couple times. As far as I know, that’s complete bullshit.” Audiences will be seeing soon again as Starlord (Guardians of the Galaxy) and Owen (Jurassic World) but not ridding the world of ghosts. It’s a letdown to those hoping for a high testerone driven film. Many are opposed to the idea of a female lead cast but we should let them return to sulking because Chris Pratt has dispelled the rumor.