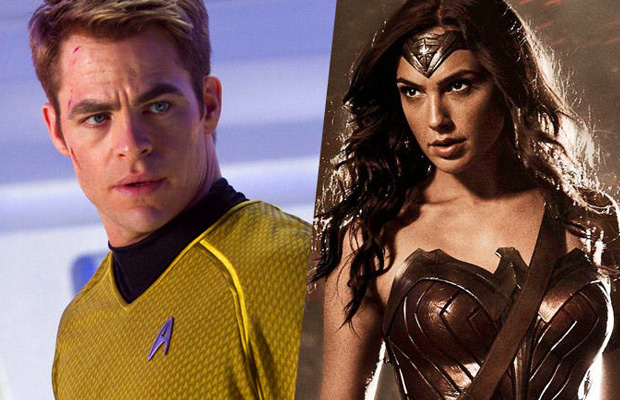 Warner Brothers is in negotiations with Star Trek’s Chris Pine about joining the upcoming Wonder Woman film. According to Variety, Pine would be the Amazonian’s (Gal Gadot) love interest, Steve Trevor. Although the studio has made no comments, sources have reported former candidate, Scott Eastwood had the option of Trevor or a supporting role in Suicide Squad. He took the supporting role, which leaves the part open to any newcomer. The film has been going through some changes since Michelle McLauren was replaced by Patty Jenkins as director.

The studio tested many actors, but decided to go with a big name and a straight offer. Apparently, Pine won the hearts of Gadot and studio executives, therefore lead to pursuing him for the part. Steve Trevor is an important role in the Wonder Woman origin story–being a U.S. Officer that lands on paradise island in a plane crash, essentially bringing Princess Diana to the U.S. Chris Pine is no stranger to big-budget films and this could possibly lead to other opportunities in the D.C universe. Until Wonder Woman flies to theaters, we can see Pine in upcoming Star Trek threequel.