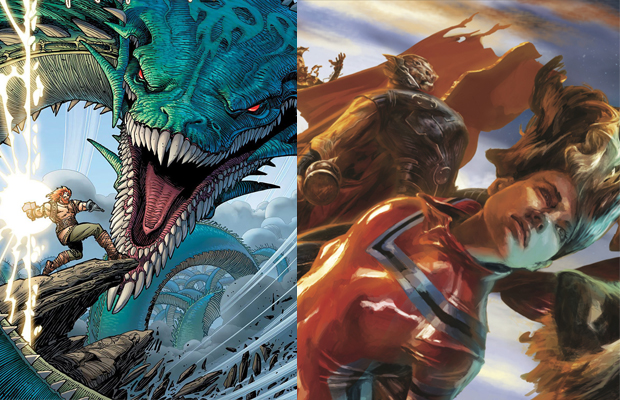 Since this Wednesday has been dubbed “Batman Day,” in celebration of the caped crusader’s first appearance in comics, be prepared to be bombarded with a number of Bat –based novels being pushed at you at your local comic shop. There is also a special edition release that is a re-imagining of the original Detective Comics #27, which was the official first appearance of Batman. But whether you’re a fan of the Dark Knight or not, there are a number of other gems that you can skip the bat madness for and get your hands on. Hopefully you can avoid the throngs of new comic fans that just popped up at the local comic shop.