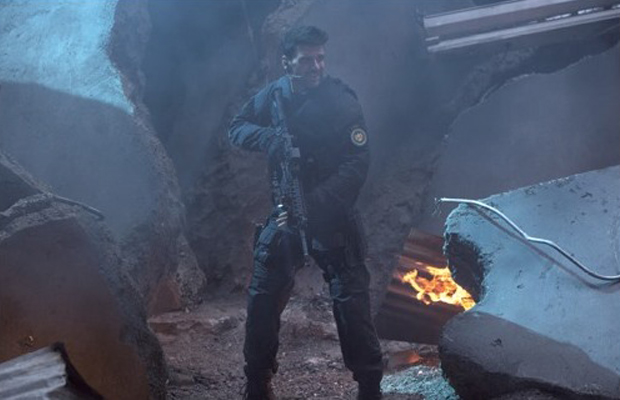 Captain America’s old buddy Bucky Barnes wasn’t the only bad guy in The Winter Soldier. Aside from Alexander Pierce, the character of Brock Rumlow was also a thorn in the super-soldier’s side. For those out of the loop, Brock Rumlow was a HYDRA operative whose acclaim in the Marvel Lore is that he carried out the assassination of Captain America; his code-name is Crossbones. Frank Grillo played Rumlow in The Winter Soldier and he has been brought back to the sequel, Civil War, perhaps as a secondary villain behind Daniel Brühl’s Baron Zemo.

At the end of The Winter Soldier, the character was pulled out of the rubble of the Triskelion alive but suffering from horrific burns all over his body. It’s expected that Rumlow will be back fully attired as Crossbones to seek retribution, and actor Frank Grillo has posted the following Tweets teasing the character’s return.

Captain America will certainly have his hands full, considering he and Iron Man will be at odds. Throw in the fact that other heroes will take sides and two sworn enemies stirring the pot, Captain America: Civil War has taken a lot of steps to up the ante post Age of Ultron.