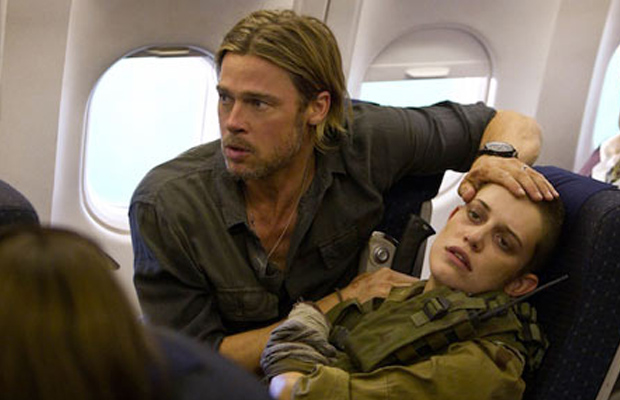 A sequel for World War Z could be getting life. While promoting his new film 12 Years a Slave at the Toronto International Film Festival, producer and star of the summer horror blockbuster Brad Pitt gave hope to lovers of the film stating that a sequel is “certainly” being considered. Officially, they haven’t moved forward as of yet, but decisions are still being made on the sequel’s direction, as well as who will pen the new script.

The movie, which is based on Max Brook’s 2006 novel, was produced by Pitt’s Plan B company and has grossed over $533 million worldwide: making it Pitt’s most successful box office move to date. The first of an alleged planned trilogy, the WWZ followed a UN employee’s race against time to stop the spread of a zombie epidemic.

Watch Pitts comments below on the recent developments. If you didn’t catch it in theaters, you can grab World War Z September 17th on DVD and Blu-ray.