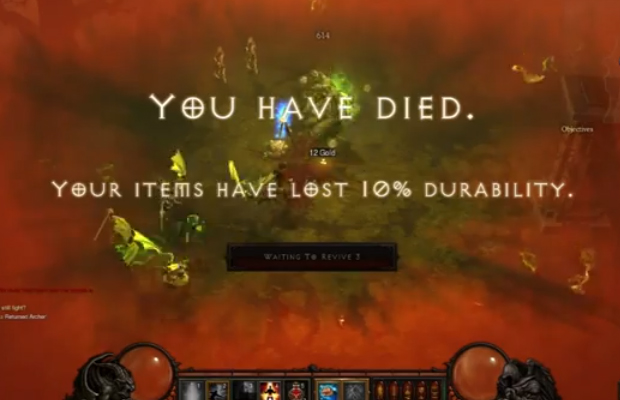 Diablo III beta users have voiced their disappointment over the game’s low difficulty levels dating back to its late 2011 launch. Well, Blizzard got tired of hearing all the bitching and reassures its diehard gaming community that the beta “consists of only a minor portion of the game’s beginning on the easiest difficult setting,” according to IGN. In a recently launched video titled “You Will Die. We Promise,” which was originally shown at BlizzCon 2011, game developers go on to describe Diablo III’s Normal mode as “pretty casual,” but promising harder difficulty levels that will require teamwork and enhanced skills.

It’s pretty hilarious how gamers are already whining about Diablo III when the final version has yet to be shipped. Speaking of release dates, Blizzard has yet to confirm one, but reports have it hitting retailers by the end of the year. Watch 3D Artist Kevin K. Griffith, Environment Artist Nate Bowden, Senior Artist Nick Eberle, and 3D Artist Richie Marella break down the online game and answer the burning question: “How hard is this game going to be in Nightmare difficulty?”