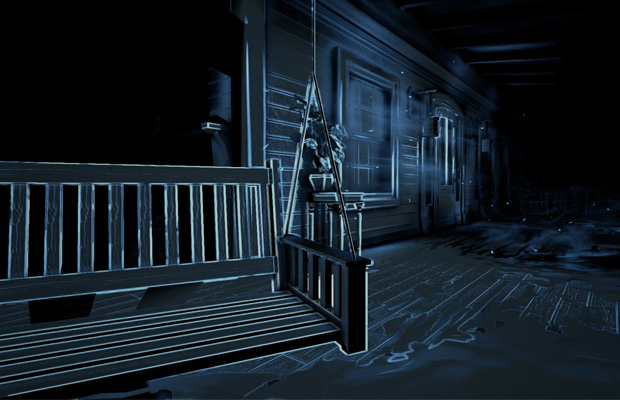 One of the many games hoping to get funding on kickstarter right now is a very interestingly described horror game called Perception that is currently being produced by developers Deep End Games, a developer company made up almost entirely of devs from both Bioshock and Bioshock Infinite, which was founded by Bill Gardner the design director on Bioshock, as well as lead designer for Infinite. The game centering on a blind woman exploring a house with echo location, that is also supposedly haunted by some dark force is certainly a brand new spin on the concept of horror games.

With Bill’s wife Amanda Gardner writing the story of our main protagonist Cassie Thornton, it’s safe to assume this game is going to get the funding it needs to be put onto all systems. Gardner goes on to talk about his mentality while working on the game:

“In a lot of ways, it’s sort of a continuation of the work I did at Irrational, its part of the pieces I picked up. But it’s also our own spin on things. I think feeling outgunned is important for horror, and as a blind character, Cassie brings a different set of tools to the equation.”

Well with a premise like this and a team this good, we may just see a brand new type of horror game emerge from the shadows of Perception.