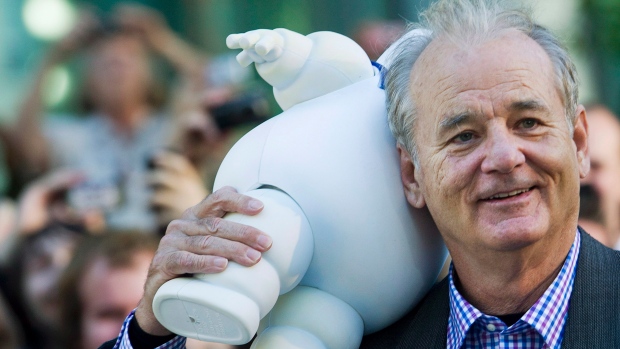 By now everyone should know about Paul Feig’s adventure in rebooting the classic, Ghostbusters. You should also know that Feig isn’t just recreating old clips and iconic scenes. He is going with an all new approach which will involve previous cast members. Dan Akroyd (with Harold Remis helped to write the script) confirmed he will have small cameo in the film- as what we don’t know. There is a rumor he will have a micro role as a cab driver. Now it appears Bill Murray will return to the film as well.

Screenrant has confirmed that Murray will officially appear in the film. Like Akroyd, we do not know what his role will be. The site also claims the following:

“Murray has long been against appearing in another Ghostbusters movie. However, a report earlier this year claimed Sony wanted the actor to appear in Feig’s reboot in a new role: a supernatural skeptic named Martin Heiss, who attempts to debunk the Ghostbusters’ work.”

Feig has decided to do a “hard reboot” that will pay homage to the original. Whatever role they play, you can see Murray and the ladies July 15, 2016.