The Biggest Upsets at EVO 2014 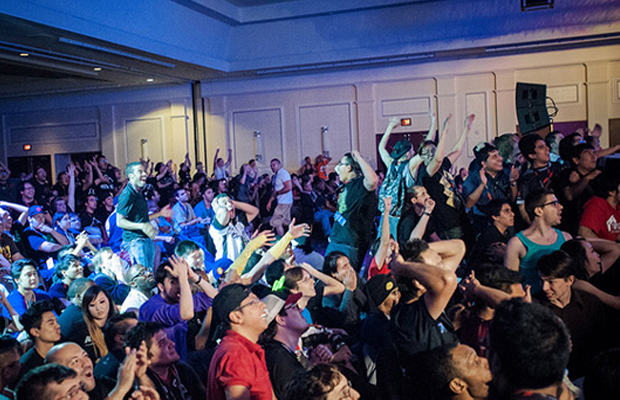 The biggest gaming tournament of the year has just come to a close and featured some awesome matches that stunned in numerous ways from insane battles to complete upsets. Of yes, like every major competition there are always a number of shockers that sent the crowd and web streamers into a frenzy. Curious to know which matches left many with lockjaw? Check out the Biggest Upset from EVO 2014.

One of the most well-know players took an L on the first day of the competition. Daigo’s established a rep for destroying his opponents and taking their money without a second thought in Japan, leaving players in fear at gaming tournaments. He was recently ranked number one in Ultra Street Fighter 4, and despite many not being a fan of Japanese competitors, he has a huge following in the states.

Daigo faced off against Ryamirez, better know as RG/ Filipino Champ. Now this match was not seen on the stream, but the results quickly spread viv Twitter. The Filipino Champ is well known for playing Ultimate Marvel vs. Capcom 3, so seeing him take down “The Beast” was a shock to all, especially since Champ is not well know for playing USF4. He went on to fight against Alex Valle and John Choi, who eliminated Daigo 2-0. This has to be the biggest upset of the year.

Another heavy hitter saw an early exit as Infiltration met defeat at the hands of Eita. This was also played off stream, but it seemed like Infiltration couldn’t hold his own against Eita’s powerful Akuma. Fans went crazy once they found out that he was also eliminated, most of them were banking on him making the top 8. Maybe next year, bro.

Last year’s Capcom Cup champion started off this EVO strong, but that quickly changed. It became Japan vs. Europe with MD|Luffy, and although both played well, Luffy’s Rose seemed to be too strong for Mago’s Fei Long. Call it a pattern, but it was another popular match unavailable for stream, though fans did tape it. From the looks of it, the matches were really close, though Luffy took it and sent Mago packing.

Another fan favorite was gone, as we saw fan-favorite Justin Wong missed out on cracking the Top 16. Despite putting on a good show, he was came a distant 17th place. Ouch!

Known as having one of the best Black Adams, Rico made his mark at Brooklyn, New York’s Next Level. Week after week Injustice players would try their luck against his character, and as expected, some weren’t able to defeat him. Now with Rico playing so strong, his fans were hoping he’d make the Top 8. It didn’t happen and dude came in 25th place. Last year he made it to 9th place.

When most players have Chris G as an opponent, they already know it’s going to be a tough match. Chris is better known for his matches in Ultimate Marvel vs. Capcom 3, but plays well in other fighting games such as Injustice. At EVO 2013, he came close to taking first place, but ended up taking third. And most thought that since he came so close last year, he was due to take the crown. Don’t think so. Unfortunately Chris G didn’t make Top 8 and finished in 13th place.

Last year, RayRay came in 17th place in the UMvC3 tournament. But this year he stepped up his game play so much that fans took to Twitter saying he could take the win for the East Coast. That quickly came to and end as RayRay managed to settle for fourth place.