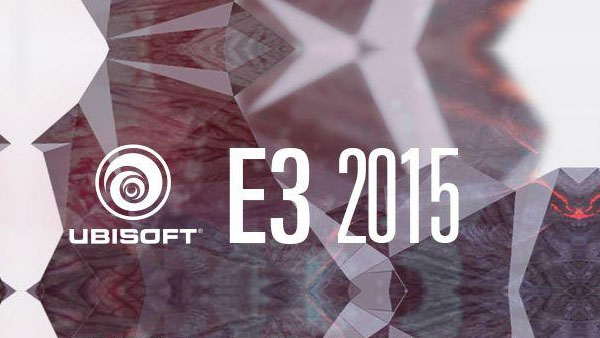 Microsoft showed us that they care with backwards compatibility. EA showed us they don’t care by being boring as hell. Well Ubisoft struck a nice balance between random titles and wonderful demonstrations.

We really couldn’t imagine a better intro for Ubisoft then to have the new South Park game showed off. Matt Stone and Trey Parker looked miserable but we are glad they showed off their new game South Park: The Fractured But Whole. It continues right from where the last one left off and it looks just as fun!

Ubisoft then brought out their star child, Aisha Tyler. Not only was she back for the fourth year but she reminded us, YET AGAIN, that she loves video games. We poke fun but she was fine overall and adds a bit of comedy to an otherwise French expose on how to awkwardly speak english.

Luckily for the fans, Ubisoft showed us something no one was expecting twice in the show. Here is what Ubisoft finished with:

Starting with For Honor, Ubisoft went all out this presentation. They really showed us what they have in mind for the future of gaming and we couldn’t be happier for it. For Honor is a multiplayer-focused RPG featuring some of the most brutal and realistic combat I can imagine. Featuring huge landscapes to fight in and intense one-on-one fight scenes, For Honor proves that Ubisoft is still innovating the game.

Moving from there Ubisoft did a classic hard turn into some expansion packs with The Crew and Trials Fusion. The Crew: Wild Run looks just like more The Crew for the few that bought it but at least Trials Fusion: Awesome Level Max has a cat riding a unicorn that breathes fire so there’s that.

The Division was shown next and luckily for us, it finally has some dumbed down graphics. Now we know that sounds dumb and weird to say but it truly is a blessing because Ubisoft certainly is looking to avoid some Watch Dogs E3 graphics comparisons for The Division on March 8th, 2016, its official release date. Otherwise, the trailer featured this prick named Ryan betraying his team but lets be real, this is probably what is going to happen when the game finally launches.

Ubisoft gave us a nice surprise with Anno 2205 which features a lot of moon colonization which is a nice change of pace but also features some wonderful earth building. So if you are a fan of simulation, I am sure you will love more Anno.

Just Dance 2016 was a horrible change for Ubisoft as Jason Derulo was terrible and nothing was good about that. Just Dance 2016 will feature Just Dance Unlimited which is nice if you are a fan of the franchise because you can start streaming songs to the game so you don’t have to wait for DLC.

Tom Clancy’s Rainbow Six: Siege was the real star of the show for us though as it featured one of the coolest and most intense gameplay demos of all time. The squad of police men trying to turn off and defuse the bomb that the terrorists planted was intense, exciting and overall impressive visually to watch. Their universal beta for Siege goes live on September 21st so be sure to check that out.

Also a nice surprise about Siege was the inclusion of Terrorist Hunt back to the Rainbow franchise! I actually have no idea if this is true or not as the speaker for this portion of the press conference could not pronounce most english words so I have no idea if terror hunt was really the name she was going for or didn’t know that english words have suffixes.

To top off the triple A title expansions, Ubisoft showed us some more Assassin’s Creed: Syndicate. Well, actually, they didn’t show us anything other than more CGI trailers and even in that, they refuse to show us the female protagonist in the game. Oh well.

To finish the press conference, Ubisoft gave fans one last great surprise, we are getting more Ghost Recon. In the form of a weird but awesome reveal trailer, Tom Clancy’s Ghost Recon: Wildlands, will be coming out and it honestly looks like a mixture of every Ubisoft game ever. There is FarCry in there, there is Assassin’s Creed in there, there is Mercenaries in there and there is obviously some Ghost Recon mixed in there so be sure to check it out!

Overall, Ubisoft did a great job hyping their games and I am certainly excited for the future. Hopefully all their games work this year though!