Microsoft couldn’t have done better for the fans this year. Introducing some incredible exclusives as well as some incredible moments, the comay took E3 and raised it to a new level.

Maybe it was the mod support for Fallout 4…Maybe it was the cool indie exclusives that actually looked just as fun as the triple A games… Oh who are we kidding…It was the backwards compatibility announcement. Yea, that did it.

Finally, Microsoft realized what the fans wanted. It wasn’t this ridiculously still crappy UI that the Xbox One features. It wasn’t this weird 8-person limit on Party Chat. Fans just wanted to not waste money on new remakes of games they were still playing on the Xbox 360. We finally get the ability to play our back catalog without having to switch consoles!

So while backwards compatibility obviously stole the show, it was actually a pretty productive and innovative showcase from Microsoft. They touched on almost every single type of game so lets start with some more hardware changes that were highlighted; The new Xbox One Elite Controller.

While we know this is a ludicrously cool concept that has been around for awhile, it is cool to see Microsoft jump into the fray with a 1st party controller that does everything. Customizable with new types of grips and d-pads as well as 4 new triggers, the Elite Controller is just what a modded controller should be. So good on you Microsoft for proving that you still care about innovation for already the best controller in the game.

Microsoft, to go along with some hardware changes, really did want to prove they had the best lineup of games as they featured 19 “new” games that would have some advantage to be played on the Xbox. Whether that be early betas or just better content, Microsoft went out of their way to prove they had a great games lineup.

The games that they featured were as follows:

Wow, that was a lot to take in so lets break down the best of the best.

Halo 5 obviously was a showstopper and mainly because it finally seems that 343 Industries is moving away from Bungie’s version of Halo and moving into their own.

Recore was a fantastic looking game that featured a unique gameplay mechanic of moving this AI core around to different bodies to use as a companion. Amazing trailer and even better looking art style.

Fallout 4’s big Xbox announcement was that mod support for the PC will be able to be used on the Xbox One, likely through Windows 10 and Xbox Smartglass connection. The biggest problem with this news is that it likely means this is how Bethesda reintroduces pain mod support. 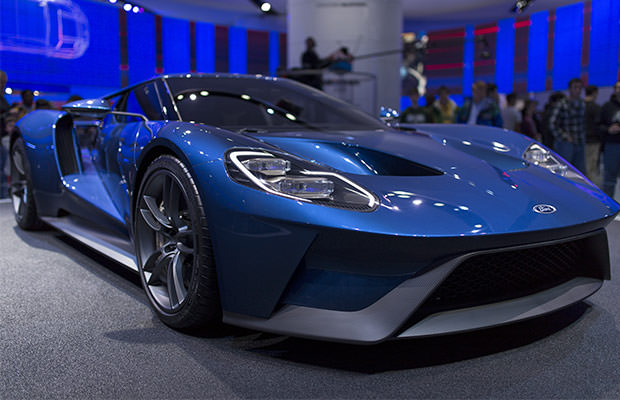 Forza Motorsports 6 was just exciting because it is the return of the fabled Ford GT into the Le Mans Circuit in 2016 which means nothing to gamers but everything to petrolheads.

Dark Souls III was interesting because it was just an announcement teaser and nothing more.

Tom Clancy’s The Division is obviously always a hot topic as it is the coolest game showcased every year for the past three years but now we see that Xbox One owners will get an early beta in December of 2015. Also, this was the first gameplay trailer that actually looked like real gameplay instead of pre-rendered 4k footage.

Gigantic will be getting an Xbox One exclusive beta in August.

Rise Of The Tomb Raider as well all know is a timed Xbox One exclusive and featured a fast paced and destruction filled trailer/gameplay at E3.

Rare Replay’s coolest feature is that it will launch with 30 titles for $30 and will feature 10,000 gamerscore. Yep. 5,000 more than MCC which almost 92% of people haven’t even come close to completing.

Gears Of War Ultimate Edition is just another one of 1,000 old titles to get a remake for the current-gen consoles. Although it will run native 60 fps and 1080p on the Xbox One (which isn’t really possible).

Gears 4, as they are calling it for some reason, looks cool but like Tomb Raider, it was a destruction filled trailer/gameplay probably for the purpose of showing off everything they can do in their new game engine.

Something interesting that came of the Microsoft Showcase was this interesting Xbox Games Preview system coming today to the Xbox One. This is basically just Early Access from the PC but it allows Xbox games to get a free demo of early access games coming to the Xbox One and then if you like it enough, you can buy it and pledge support for it to help further develop the title. So it is early access on the Xbox One and I guess I am against it because I don’t like early access and never have, but Elite Dangerous is one of the first two titles on it so I am going to have to get it… I suck, I know.

As for the indie titles well they were indie like. They had very nice and cool art styles coupled with interesting design elements but unfortunately for Ashen, Tacoma and Beyond Eyes, Cuphead stole the show with cool 16 bit gameplay elements and a incredible awesome 1930’s art style. Be sure to check out the 4 main indie titles showcased.

Well there you have it, that is what the Microsoft Showcase was about!

Oh wait, there is one last thing, THE HOLOLENS IS SO AWESOME. I don’t care what anyone says, this is really the future. The things they were doing while showing off hololens for Minecraft truly blew me away and I cannot be more excited for hololens to come out.

The movement, the sound control and the awesome landscapes created by hololens truly are a marvel for Microsoft to have created.

Hopefully it is not like the Kinect where they promise everything and it just never works out.