Benicio Del Toro Joins Guardians of the Galaxy as Thanos? 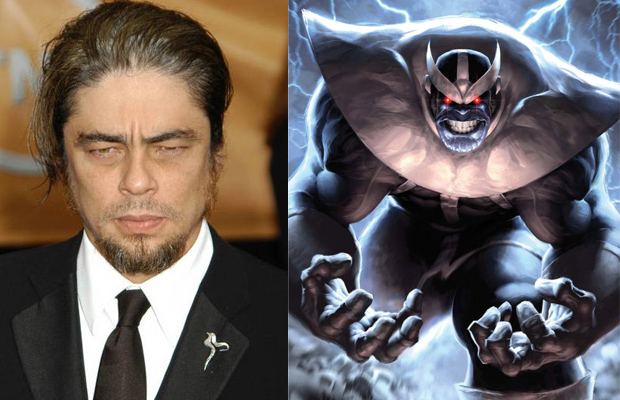 Phase two of the Marvel film roll out is clearly underway as the comic book goliath begins development on its next major film series: Guardians of the Galaxy. The casting process for the big screen adaptation has been ongoing over the past couple of months with several of Hollywood’s top stars like Zoe Saldana, John C. Reilly, and even Glenn Close joining the ensemble. Now comes word that Oscar-winner actor Benicio Del Toro has joined the project.

It’s still unknown as to what role he’ll be tackling, though speculation leads many to believe he’ll be suited up as none other than Thanos. That would be interesting.