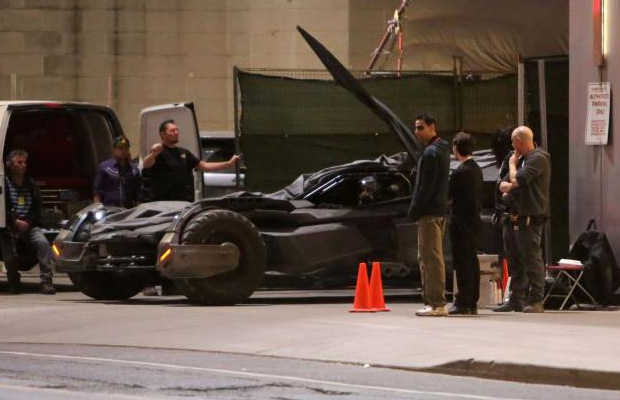 Although reports revealed last month that Batman would be making an appearance in the upcoming DC film Suicide Squad, his exact role in the plot has been unclear until recently. With Ben Affleck present on set, the role was confirmed, and just a few days ago the Batmobile was spotted on set in Toronto, making it clear that Batman will play a bigger role in the film than some had previously suspected.

Alongside Batman, Jared Leto’s Joker will also appear in the film, as determined by his pink car on set. According to photos and videos posted to Instagram-security on set has not been very tight-there will be an, “action-packed confrontation between the two” with “the Batmobile in hot pursuit of Joker’s pink ride.” Considering the premise of the film, which surrounds “Task Force X” super villains doing government bidding, the addition of a Batman-Joker pursuit promises intense action for fans and critics alike to look forward to. The conflict will continue to expand the DC Cinematic Universe under David Ayer’s direction, and hits theaters August 5th, 2016.