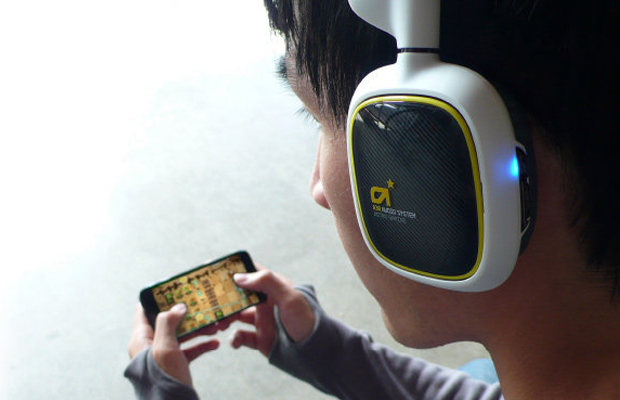 Another facet the company’s built a reputation for is amazing sound quality. As expected, the A38’s carry on tradition. Sound was on point and resembled the performance of what would normally be featured on a console headset. Bass levels proved to be impressive as setting the volume to max produced no static and sounded smooth.

Most gaming headsets are starting to offer noise cancellation, but greatly executed it is remains an issue. And does the feature really work? During my gaming sessions riding the New York City subway, one of the most noisiest places on this planet, I noticed background noises where muffled and I could still hear people talking. Though you really can’t make out what was being said. You’ll need to have the headphones off and then powered back on, which in this case you will hear a noticeable difference. This allowed me to focus on the game and zone out the craziness that played out in the background.

Setting up the headset is a quick fix thanks to instant wireless connectivity. Just turn on the Bluetooth setting via PS Vita, smartphone or tablet, then hold the power button for three seconds and wait for the device to pair. Once done, it’s ready for use. Battery life usually can make or break your decision to purchase any wireless device. Thankfully, the battery life on the A38’s is pretty sweet, as I used the headset to hear music and play on my PS Vita, all while in a chat with teammates. A charge wasn’t necessary till the third day. The process of juicing up the headset takes about an hour and change, still not too bad. For the headset without a mic piece, teammates heard me without any issues, but they also heard the ambient noises around me as well. So communicating with others could be difficult depending on your environment. Screening calls is seamless. Press the function button once and you’re connected to a call. Holding down the same button for one second lets you ignore a call or pick up another.